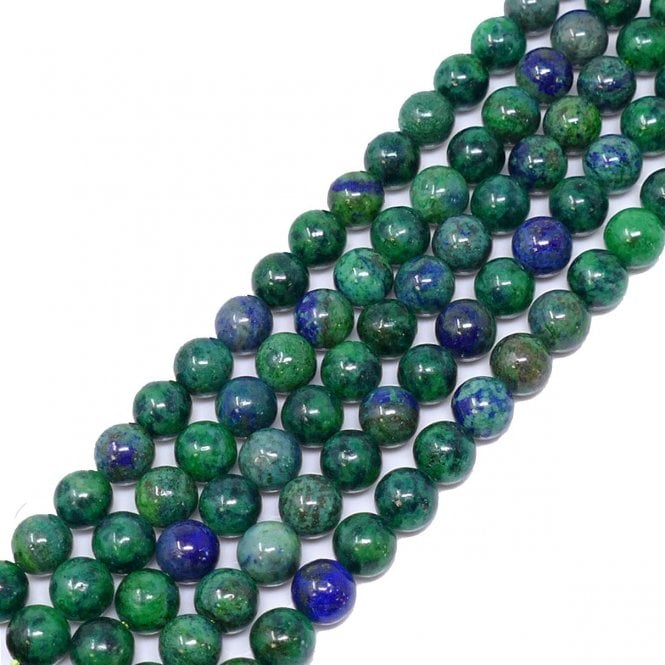 Each string has approx 60 to 65 beads

It is a mineral formed when copper ore is weathered.

Native American cultures believed the stone could strengthen the body’s resistance to emotional compulsions and allow inner wisdoms to be revealed. For this reason, the stone is aligned with the third eye chakra.

Although it is not a traditional a birthstone, it is associated with birthdays that occur between 20th March & 19th April.